Helicobacter pylori (H. Pylori) is a spiral-shaped bacterium that enters your body and lives in the gastric mucous layer or adherent to the epithelial lining of the stomach.

It attacks the lining of your stomach and after many years, it can cause ulcers in the stomach lining or in the upper part of your small intestine. 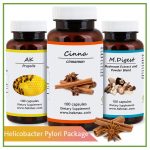 Helicobacter pylori (H. Pylori) infects about 50% of the global population, which makes it the most widespread infection worldwide. In addition, it is associated with a number of important upper gastrointestinal (GI) conditions, including chronic gastritis, peptic ulcer disease, and gastric malignancy. It is also associated with other diseases outside the gastrointestinal tract, such as skin diseases, atherosclerosis, a blockage in the heart valves, vascular diseases, headache, migraine and other diseases.

It is still not known exactly how H. Pylori infections spread. The infections seem to spread from one person’s mouth to another through saliva. They may also transfer from feces to the mouth. H. Pylori can also spread through contact with contaminated water, food, or utensils. It is more common in countries or communities that lack clean water or good sewage systems.

Most people with H. Pylori do not have any symptoms because it lives in the body for years before symptoms start.

Tip: You can avoid infection by washing our hands after you use the bathroom and before you prepare a meal. Moreover, you should avoid eating food that is not cooked thoroughly and food served by people who have dirty hands. 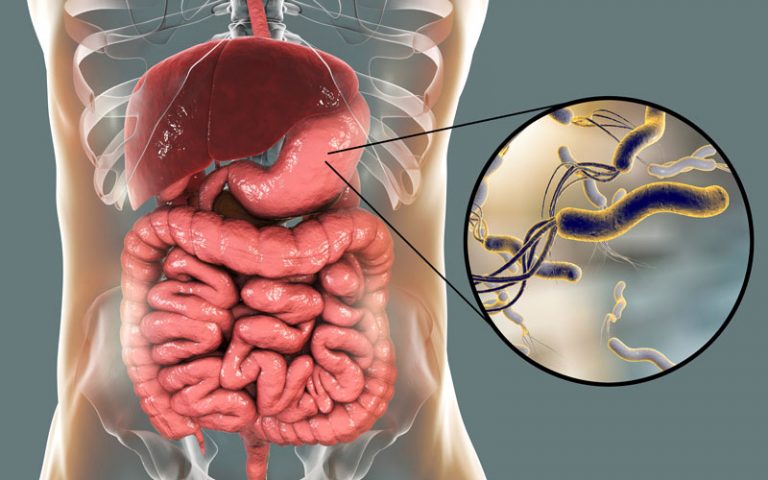